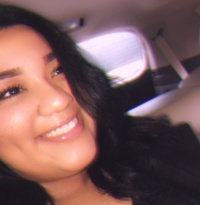 “We have to go,” Christian whispered to himself.

Four months, twenty-three days, seventeen hours, forty minutes, and twenty-six seconds was how long it took to plan this heist.

Twelve paintings. That was the job, nothing more, nothing less.

Christian stood still for a second, listening for movement other than his own after he slung the weighted duffle bag over his shoulder. The gallery wasn’t massive, but it wasn’t too far from elaborate, and the halls mirrored more a maze than a gallery. Some of the corridors lead nowhere, while some curved into abstract causing Christian’s head to spin.

He checked frantically over his shoulder. The hairs on the back of his neck standing straight, sent a shot of adrenaline through his body as his eyes scanned the room. Paintings that still hung peered at him. Their eyes gored a gateway into Christian sending shivers down his spine. Eyes from a self-portrait saw Christian steal money from cash registers at gas stations. Another looked in horror as Christian slaughtered two men in cold blood. It should have settled his nerves that they were their only witnesses to his crimes, but the rumination churned his stomach. Their eyes bore judgment and standing there trembling in a dark hallway was the most disgraced, alone, and judged Christian had ever felt.

He closed his eyes and prayed a silent prayer to a God he knew had grown deaf as he aged.

And there Toni was standing in the middle of a room with his hands in pockets. His eyes fixated on the scene depicted in the painting beyond the velvet rope. Toni swayed back and forth ever so slightly, causing the keys in his pockets to jingle.

Christian walked toward him, the heel of his shoe clicking against the hard wooden floor and echoing through the gallery.

“We need to leave,” Christian said. He stared at Toni’s side, hoping Toni would break his trance-like state and turn to face him, but Toni’s eyes remained on the painting.

Christian rolled his eyes, staring at the painting in hopes of figuring what was so fascinating about it.

At first glance, it was just people on a ship.

On second glance, the scene was travelers seeking refuge in a distant country.

On third glance, it was God’s wrath.

“We have to go,” Christian said.

Christian glanced at the painting again, the temptation to strip the piece from its encasing and paint his own strokes of admiration.

“We could take it, you know,” Toni said.

Christian’s heart rate climbed at the thought of extending his hand past the velvet rope. His hands trembled as he fought to keep his arms at bay. Toni’s words rang in Christian’s head.

Christian felt the eyes of the paintings on his back. He would rather submit to their judgment than take the painting

“No, we gotta go,” Christian said.

Toni sighed before rolling his eyes. “You’re no fun. You let this shit get in your head.”

Toni turned on his heels and walked away – disappearing into a dark hallway.

“How does he know his way around this place?” Christian said to the darkness.

The only sound that remained was Christian’s heartbeat ringing in his ears.

Christian didn’t know how he got in the car, but he was sitting in the passenger seat in a vehicle speeding away from Boston’s lights. He looked down at his hands to see them cut up with splinters. Christian looked in the rearview mirror to see something obscuring his view. He turned to see the painting still in its frame sitting in the back seat.

“You could’ve at least taken the painting out of the frame,” Toni said.

Christian glanced back at the painting and saw one man holding the rope of the sail, staring back at him. His eyes weren’t as detailed as the portraits, but something about the man seemed sinister, he appeared to be smiling, and Christian couldn’t help but smile back.

Alyssa Taylor is an aspiring show creator attending Full Sail University, working towards a Bachelor’s Degree in Creative Writing. She will be the first of her family to graduate from college and obtain a degree. She is currently working on Twilight of the Avatar, a spinoff of Avatar, the Last Airbender series, and This is America, a crime show thriller that follows a dance between a cop and a serial killer. Alyssa hopes to use these experiences to further her skills in working with new people so; that when she opens up her own company, she will have the skills she needs to ensure collaborative effort from all departments. In her downtime, she enjoys spending time with her family, watching movies, cooking, studying psychology, or reading her favorite book, The Odyssey, by Homer