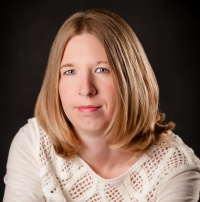 Three Sides to Every Story

Collapsing structures, boarded up windows, and heaping mounds of trash are what I see from my office window and yet, I am the lucky one. My babies will eat and their bones will be clothed tonight. This liberating job has freed me from nights filled with scratchy beards and beads of sweat that drip onto bare flesh in exchange for shekels. But I’m still not free.

Beyond the rubble is the sea. In Gaza, the sea is my jewel. What I love most about the sea, is the feeling of freedom and infinity. The sea is uncontrollable. The roar of the waves drown out any bad thoughts that flood my mind. The sea is the one place I can bring my children where they will feel safe.

But my jewel is also a reminder of the prison I am locked in every single day. The waves that bring me peace also carry warships. Every grain of sand holds the story of a dead child lying next to a bucket and shovel that was meant to build sandcastles instead of digging graves. Every drop of water holds the story of a dead fisherman that longed only to make a living to provide food to feed their family. All this destruction caused by a missile from a passing warship; collateral damage. This was how I lost my husband, my children’s father.

But I am not bitter. Loss is part of life. I am glad for what I have, which is more than others. A few years ago, a woman like myself would never have been allowed to have this job. Now, I work in an office building managing inventory for an equipment company. I like to sit and look out the window of the building I am grateful for and search the sky for birds and think how free they must be. The walls of the building act as a sanctuary from the constant vibrations as the earth shakes and more victims fall. It is while looking out the window that I see a man.

Seeing this man aches my stomach. He slinks through the front door of the warehouse across the way with the boarded-up windows. He has a scratchy beard like the men I’ve served in my past life. He also has a noticeable limp and talks to a guard outside the door. This warehouse, like many of the buildings surrounding us, used to be abandoned.

Maybe I should tell my boss about the man, but I fear if I do, I will lose my job. I cannot go back to the old ways. I cannot risk being out in the open, out on the streets, out near the warships. I need the money to feed my babies so I choose silence.

I crack the office window to let in a warm spring breeze, and I pause. A screeching sound is approaching, like a hawk diving for its prey, screaming louder as it gets closer until there’s heat…

As a chemist, I know that nitrogen is essential for both the maintenance as well as the destruction of life.While I tend to focus on the essential nature of this element, my boss requires me to focus on its darker aspects. Sometimes more death is the only way to honor your family.

Since I sprained my ankle last week, I’m behind on production. I was out on the beach with the kids and tripped on something buried beneath the shallow sand. I probably should have sought medical attention, but doctors are busy dealing with real injuries. So instead, I limp through the pain. My boss has threatened my family if I don’t finish in time. He is a very serious man.

We keep the operation running in a warehouse with boarded up windows. We used to be closer to the sea but recently moved several buildings away from the shore. Now, we operate next to an office supply manufacturing plant. The sea had too much traffic. Guards stand watch at the entrance to the new facility because there are too many people watching. We can’t risk being found.

I take great care in my work. I double check my measurements and add the ingredients at a slow rate. There are others who work for me, but I am responsible for making sure everything is assembled correctly. If I don’t mix the fertilizer with the fuel at the correct ratio, I’ll be left with a slow burn instead of the explosion we’re attempting to achieve. Ammonium nitrate can be a very fickle element. The first thing to happen will be the explosion of the detonator that creates a wave that vaporizes the ammonium nitrate and causes large amounts of gas to form. This drives the big BOOM.

A whistle like a pot boiling rings in my ears. It grows louder until there’s heat…

My headset continues to confirm the location. “Roger that”, I say as the plane slows. I make one more circle ‘round. It’s scorching hot in the cockpit and I blink away the sweat as it drips into my eyes.

The dashboard serves up the scene. The land below is a flat map of muddy browns mixed with asphalt gray bordered by a deep blue of the adjacent sea; a full-on Picasso from the sky. The crashing waves remind me of home, of summer vacations with the wife and a cool, refreshing mojito with its taste of mint and lime. I lift my visor and wipe away the sweat to clear my eyes.

From this distance, I can’t make out the difference between buildings. I only have to be close enough. My stomach flips with the change in altitude or maybe with what I’m about to do. The last strike I was off target but thankfully the building hit was empty. I reassure my conscience that I am just following orders and this time I’ll hit my mark.

The thought of my wife welcoming me home with her pregnant belly, so round and full of promise keeps me going. I’m sure our son will be born by the time I see her again. I can’t wait to take him to the beach, let his toes sink in the sand and to watch him experience the waves against his feet.

I’m directly over the target now so I flip off the safety cap and wait for the signal. My thumb rubs the inviting red button, swirling and teasing. I hear the order and my thumb presses down.

Brooke Reynolds is a veterinarian from Charlotte, North Carolina. When she isn’t saving animals, she enjoys reading and writing fiction. Her stories have appeared at such online and print markets as Massacre Magazine, Fantasia Divinity, The Airgonaut, The Literary Hatchet, Ghost Parachute, Every Day Fiction, Riggwelter, Ricky’s Back Yard, Coffin Bell, Ink Stains Anthology, Sanitarium Magazine, and The Horror Zine. Her forthcoming novel HEALERS is set to be published by Adelaide Books in early 2021. You can follow her on twitter @psubamit or check out her website reynoldswrites.org.