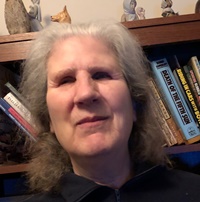 THE TORCH FOR PEACE

I met Lydia in my college dorm back in 1966, and I knew right away we had nothing in common. Where she was brazen I was cautious; where I was diligent she was exuberantly hit-or-miss. Boys trailed after her like the tail of a comet. If anyone male sat next to me in the dining hall, I could barely ask him about his major.

Yet Lydia and I bonded one afternoon in Miss Roebling’s PE class. That day Miss Roebling took footage of each girl in the class as we walked slowly across the gym. Then, as the film rolled, we were told to identify, out loud, all of the flaws we observed in our classmates’ posture: sway back, forward head, round shoulders, knock knees, and pigeon toes. I barely registered the comments about my fellow sufferers. I just braced for the bad news I was doomed to hear about myself.

In extremity I turned to Lydia and whispered, “God, this is gruesome!”

“It can be fixed,” she said. When the projector clicked to the next slide, she exclaimed, “I wish I had that hair! She’s gorgeous!”

If anyone else had said it, there might have been a few titters before Miss Roebling asked for comments about the new victim. But Lydia wasn’t anyone else. “She could be a model!” someone cried as the projector clicked again.

“She has poise,” another girl added, setting off a hail of praise: “Dignity!” “Panache!” “thlan!” and finally, amid gales of laughter, “Pulchritude!”

Miss Roebling sprang up to restore order, tripped over the projector cord, and yanked the plug out of the wall. The lesson ended in shambles. I was rescued! Lydia had saved us all!

We sat for two hours in a booth at the snackbar. Lydia introduced me to the friends who streamed by: Matt and Michael from SDS, Brian who wrote editorials for the campus paper, Hank who got arrested for guerrilla theater at the Stop and Shop. I was right there with the people who made things happen.

Lydia and I went to the snackbar three or four times a week after that. I was a quiet observer, happy to float in her orbit. I listened to the talk about protest, the plans and possibilities, but I was still too shy to get involved.

The torchbearers rolled into town on a windy morning in April. The advance guard parked their VW bus on the square, and the news swept across campus. “Their bus is full of tents and sleeping bags!” “They have their own cook stove!” “It’s about the Torch for Peace.”

I was on my way to class when the torchbearers themselves trailed in, and I paused to listen to a boy with a megaphone. “We’ve carried the Torch for Peace all the way from San Francisco!” he announced. “We’re taking it to the steps of the Capitol. We’ll show Congress that people all across America want an end to the slaughter in Vietnam.”

That night Lydia came down the hall and knocked on my door. “I’m going with the torch people,” she said. “Want to come?”

I imagined the journey. We’d walk along country roads and roaring highways. We’d eat squashed sandwiches and sleep in the cold and sing Bob Dylan songs to keep our spirits. Across Ohio and Pennsylvania and Maryland, strangers would join us and turn into friends. We would

relay the Torch for Peace from hand to hand, building our strength, speaking our truth.

“My Shakespeare paper’s due Thursday. And Monday I’ve got a history exam.”

But I never asked for extensions! “Next time,” I promised. “I just need to plan ahead.”

At four in the morning I heard footsteps in the hall, and the front door slammed. Lydia was off on a grand adventure with the Torch for Peace.

The sameness of my room, my life, closed in around me. I wanted to rush after Lydia, to cry, “Wait! I’m coming!” But I had made my choice.

I thought of the torch months later when I boarded a bus for Washington to join throngs of protesters who marched on the Pentagon. The following summer the torch floated across my mind again, as I said goodbye to everyone I knew and set out to do an internship in California. I remembered the torch years later when I walked away from a job I loved and the profession I had trained for. I moved to Mexico, wrote a novel, and transformed my life in ways I never could have predicted.

I lost track of Lydia after we graduated, but I ran into her at our thirty-fifth college reunion. It was commencement weekend, and her son was about to graduate from our alma mater. “I’ll never forget when you went with the Torch for Peace,” I said.

“When was that?” she asked. “I guess I did a lot of crazy things back then.”

“Oh, not so crazy,” I said. I wanted to tell her about the adventures I’d had since our college days, the zigzag path my life had taken, the way she had made a difference. But we only had a few minutes together. Her son was waiting somewhere; her husband kept texting her. It was clear to me they made sure Lydia followed the rules.

Deborah Kent: For most of my writing career I have written fiction and nonfiction for middle-grade and young-adult readers. In the past several years I have branched into writing narrative nonfiction pieces. My essays have been published in Damselfly, The McGuffin, Persimmon Tree, and in several anthologies.