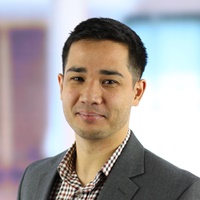 There is a limit to dreaming, especially for someone unimaginative like me. Our memories can’t play their splendid tricks on reality when confined to a room or ensconced by a windowsill. These treasures are out there, mingled in the stench of a hotdog stand or wandering like ghosts in a long-forgotten park, quietly awaiting our return. And most often we come upon them by accident.

I had one such experience not long ago, when I was still driving for Uber. I had picked up a fare not far from my apartment, paying no particular attention to the destination, when twenty minutes later I crossed a familiar narrow drawbridge and realized suddenly that I had entered my childhood town.

We can readily think of examples in which distance warps our sense of time: after returning from a trip abroad, we experience a kind of passive disbelief over the fact that just this morning we were in Amsterdam or Ho Chi Minh. Our comings and goings in far-off places seem to readily fix themselves in the past. But now, with fifteen years having passed since I had left this stagnant suburb, I felt the reverse, less common influence—of time on distance—and I was baffled by the fact that the town had always been just a short drive away.

Shortly after the drawbridge, I passed the shopping center where my family would buy groceries every week. It hadn’t changed much; the Food Lion and the Dollar General were still there, in the distance, beyond an empty field and with the same brick storefronts and dull green roof that spanned from end to end. The uniform structure appeared to me like an improbable island in the barren expanse. Had I really spent my childhood here, I wondered? Hadn’t it been a more cheerful and not at all desolate setting?

Until now, my passenger and I had both seemed content to sit in silence. A strong urge to relate my inner experience came over me, but in the end I said nothing. I couldn’t find the words. How could I have conveyed to them the distorted landscape beyond the windows which my eyes alone could see?

Everything I witnessed—the buildings, the streets, even the drawbridge—had taken on a vague aspect of smallness, and the obscure effect reached a peak when I was confronted with the sight of my old elementary school.

I had dropped the passenger off and was on my way home. Since it was the weekend and no one was around, I took the liberty to briefly tour the empty grounds. Again, I was somehow surprised that the squat building and the lawn of the playground, though I knew they had not changed, were not somehow bigger. What I failed to realize in the moment was how our brains approximate the details of our pasts. We don’t hold on to physical proportions, but a general sense of the duration in which we once inhabited a place. The weight of a greater part of my childhood spent within its walls had warped and enlarged in my mind the dimensions of the school building.

Or so I imagine.

There was, at the same time, something entirely separate that had taken hold of me. From the instant I had seen the school, I was overcome with a flood of childhood memories. With each passing moment images that may otherwise have been lost forever—so many forgotten faces!—now rushed with striking clarity back into awareness. I was overjoyed, perhaps saddened, and altogether deeply affected. It seemed to me then that life, in its sheer quantity of experience, was impossibly abundant and vastly richer than our daily lives would suggest.

But just as I was beginning to understand, the feeling receded. Memory allows us only glimpses into its prism.

Iskandar Rakhimov is an IT consultant in the Washington metropolitan area, where he lives with his girlfriend and a number of capricious plants. He studied computer science at the University of Virginia, and took a two-year hiatus from his day job to pursue creative writing. In his spare time he enjoys biking on the W&OD Trail, cooking, and assembling jigsaw puzzles.