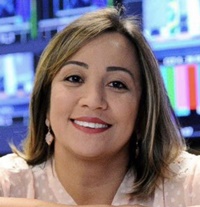 On that night, when Juruna was on his hammock, he read the starts in a different way. Natives in South America have this obsession over the sky and the stars for they are divine. But at that point, he was studying his way out. In few hours, his task would be the toughest he has ever had since he was recognized a tribe’s warrior: carrying his grandfather in his own arms until they got to the nearest health care facility would be an epic piece of work.

If he was to carry chief Silva in a tracking competion, he would win for sure. But after a three day trip struggling all the danger in the rain forest in the northern part of Brazil until they reach the closest hospital, Juruna could not foresse the closure so well.

Silva was a  tiny and healthy 83 year old Yanomami chief that had very few contact with non-indians. A spiritual guide for the tribe, he had not yet fully prepared Juruna to take his legacy, his ultimate dream. Maybe the young man lacked some of the skills, but like few of his generation, he was committed enough for the job and one of the only left, afterall. Most of the youth were now studying at the university of Roraima about law, conventional medicine or architecture. They sometimes visit their families tribe, like they did 10 days before, for the harvest party.

Later on that same week, chief Silva got a consistent cough and they were treating him with the herbs. But Juruna’s mother got more concerned because the herbs were not effective against his fever. The ones that came from the city did mention that there was some terrible disease spreading on the white men lands everywhere, but they did not worry, since nobody came in sick.

Early in the morning they went on Amazon river, the little canoe with no motor started crossing the waters. While paddling, Juruna looked at the wrinkled face of that man who represented the sum of the values he was taught since a little boy.

“Father Silva, how are you really feeling?”, Juruna asked when they were far enough from the tribe.

“I have had better days, my son”, answered the man, with a long coughing.

They sailed through beautiful places that the natives call igaiapós ­– water channels in the middle of the forest where the exuberance of the high trees kneels to rivers and the leaves from the top touch the waters, with a spectacular view of shadows and lights. After hours of sailing, they stopped the canoe on the other shore. Despite the moist of the forest and the singing of the blue macaws were exhaling life, there was a sense of death incrusted in the air.

Juruna noted that his chief eyes were wandering, maybe trying to find his courage. The once brave priest was tired, wore out, with his lungs hurting for so much coughing.

“I don’t think I am going to make it”, he added. “When you get back, I want you to promise me that you will go back without me to lead them after I pass”.

“I will not let you go, Father. We will make it fine”, Juruna ended up, trying to show bravery, and to hide his tears all at once. They had walked for two whole days, most of the time Juruna was carring the old man, sometimes in the back, others in his arms, like a baby. The young warrior was now checking on the stars to make sure they were in the right direction.

On that night, he realized there was no time left when the forehead of chief Silva heated up like a firepit. Juruna got the dying man in his arms and he ran as much as he could, because his time was fading and every minute counted in spite of the leaves, sticks, kindling and mosquitos tearing his shins and making deep scars on his flesh.

He finally made it to the village.

“I have chief Silva from the Yanomami tribe in my arms”, announced. The humble place smelled, packed with people coughing and allucinating. Most had masks covering their faces. Some of them looked already dead, with fingers and toes in a bluish tone due to the lack of oxygen in the body.

He was told there were no more respirators available.

“I know this is not the end”, Juruna told Father, trying to look confident. He was wracked inside.

Someone was declared dead in front of them. A very young indian woman from the neighbor tribe, next to their lands. Juruna knew her father, he used to go hunting in their caiapó territory.

As much as Juruna wanted to pay respect for the woman’s death, he jumped right to the respirator avoiding it to be used in someone else.

“Father, I know you will be fine. I am here with you”, he saying holding the chief’s hand until the nurse was done intubating his grandfather.

That was the last time they saw each other.

And then Juruna went out of the little shack that they dare call a hospital. The sun was down already. He was tired, hurt and hungry. He kneeled to the stars. The war was over. And then he coughed like his lungs were about to explode.

Milena Galdino is specialized in crisis management in communications, political and economic journalism. She is an editor at the broadcasting system of the Federal Senate of Brazil, her home country. She is the author of www.48xxyy.com.br, about a rare genetic condition that affects her own son. Follow her on Twitter @MilenaGaldino5.