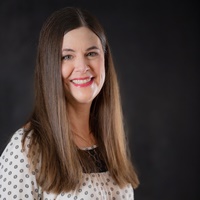 My husband has always known he was adopted.

I found out by sticking my foot in my mouth.

Early in our courtship, when we were both in our twenties, my over six-foot tall husband showed me a photograph of his petite parents.

I peered closer, squinting at the couple. “What are you, adopted or something?”

Lucky for me, my beloved has always been quick to forgive my blunt tongue, which is too often preceded by my propensity to pre-judge.

Years passed. We married. Life revolved around work, home, the birth of our first daughter. I always assumed I’d have more time to get to know my husband’s adoptive parents. But while our daughter was still a baby, my father-in-law passed away, and a year later, my mother-in-law died. Our little girl would never know her paternal grandparents.

Or so I thought.

Back then, I didn’t think much about genetics, but there was no denying my toddler’s blonde locks and blue eyes didn’t match my brunette and brown. Our differences, though, felt deeper.

When she was eighteen months old, our daughter played with a Fischer-Price Rock-a-Stack toy while I unloaded the dishwasher.

“Bring me the yellow ring,” I said.

She toddled from the living room, a sly grin planted on her face as she handed me the red ring.

She returned with the orange ring and then the green. Giggling, she finally plunked the blue ring at my feet.

Sensing a trickster on my hands, I discovered the yellow O-shape in the living room, gaping at me like an open-mouthed emoji.

I shouldn’t have been surprised. Our eldest daughter takes after her dad, a guy who has been known to pluck apples from the fruit bowl and stack them into a Leaning Tower of McIntosh. (When he isn’t stacking fruit, he likes to juggle it.) One day when I asked him to “please put the chicken in the oven,” he texted me a photo of a stuffed chicken—our dog’s toy—reclining on a pan inside the broiler.

Where did his sense of humor come from? In the brief time I knew my in-laws, they seemed serious, even introverted.

Every spring as my husband blew out his birthday candles, I imagined his birth mother. Did she share his zany sense of humor or his varied interests, from sports to stamp collecting to gardening? Were his birth parents even alive?

Despite my questions, my husband didn’t want to dig up his roots. “I’m happy with my life,” he said, every time I brought up the subject. “I don’t have a need.”

Twenty-five years passed. Our two daughters, home during the pandemic, joined us for dinner on our backyard deck. After we finished eating, we watched wide-eyed as a racoon mother ushered her babies down a shag bark hickory.

“Dad, I don’t get why you don’t want to find out about your birth parents,” our eldest said, perhaps inspired by the scritch-scratch of paws as the mother racoon helped her brood navigate the steep descent. “Ancestry.com looks easy. All you do is spit and send it in.”

My husband squirmed in his chair.

Our daughter mentioned doing the DNA testing herself someday. “But I’d never feel comfortable,” she said. “Not without you saying it’s okay.”

My husband’s eyes traveled to the raccoons skittering through the woods, navigating unknown territory. I figured he’d never take the leap. But I greatly underestimated the power of my daughter’s pleas.

The next morning, my husband logged onto Ancestry DNA. The instructions were simple: Spit, send it in, and wait. Results would arrive in six to eight weeks.

His arrived in five.

Both of his birth parents were alive, along with a full biological sister.

There was no denying the family resemblance on his sister’s Instagram feed, from the long, lean features to the nose shape and bluish-green eye color. When I found a photo of an older couple holding hands, I didn’t need to read the caption. The 94-year-old man sported my husband’s goofy grin. His wife’s height and high forehead matched our eldest daughter.

“This is so awesome!” our daughters chorused.

My husband’s grin stretched from ear-to-ear.

I felt like I’d stepped off the Tilt-a Whirl at the county fair: dizzy, exhilarated, yet cautious about standing in line for more. What if these relatives weren’t interested in a relationship? They lived in Fairbanks, Alaska, over 3,000 miles from our Ohio home. Maybe we should leave things that way. Distant.

My husband clutched his phone, eager to talk to his birth sister. The next day, he called. I’d like to say I gave him privacy, but I swirled a Swiffer cloth over our already-clean hardwoods, shamelessly eavesdropping. Laughter, along with my husband’s bouncing footsteps, filled me with hope. Three hours later, at the conclusion of their call, he glowed from deep inside.

“She always wanted a sibling! I told her she’s stuck with me now! Her dad—we agreed to call him ‘our father’—was nervous when the two of them discussed that I’d found them. But he’s okay with this.”

I exhaled. I’m a writer—a word girl. But even today, I can’t find the exact words to describe the whirlwind of emotions that followed.

A few days later, my husband’s birth father sent an email to extended family— “Happy News in the Midst of a Pandemic!”— introducing his son, welcoming him, and confirming he’d been given up at birth.

I wondered why he was given up for adoption, but my husband was interested in moving forward, not questioning the past. Life is full of difficult, deeply personal, heart-wrenching decisions, and if the pandemic taught me anything, it was the importance of connection. These were our people. It was time to get to know them. My husband’s biological mother was in a nursing facility, so we probably wouldn’t be able to meet her. But there were others—nieces and nephews—their arms wide open, welcoming us.

The months ahead were a blur of emails, texts, and Zoom calls. Particularly poignant was a brother/sister conversation where my husband recommended The Disappearing Spoon, a book about the periodic table.

Laughing, his sister held up a copy of the book. She had already started reading it as part of a lifelong learning class. Like brother, like sister.

Nine months later, we boarded a plane for Alaska. En route to our Fairbanks family, the clouds lifted over Mount Denali, revealing the entire snow-capped mountain. According to our tour guide, only 30 percent of tourists view the peak. The moment felt ethereal, like a gift. Yet as I raised my eyes to the mountaintop, I hoped the pinnacle lay further ahead.

We’d barely checked into our bed and breakfast when my husband announced we were leaving to walk to his sister’s house. Like a parade of ducks, we marched down the sidewalk, nervous anticipation building inside my chest. How was my husband seemingly so confident, his stride so wide and sure?

I stood aside as he leaped the steps of his sister’s house, straight into her arms.

“My brother, my baby bro-bro,” she said as they embraced. “I’m not going to let go.”

Yes, this was the peak. To see my husband radiate with a kind of happiness he didn’t even realize he was lacking. It’s a feeling, I suspect, that comes with seeing yourself reflected in your sibling’s bluish-green eyes for the first time.

My sister-in-law felt like a longtime friend. We shared meals, laughs, and photo-ops with the cousins. In her, I recognized my husband’s smile, his intelligence, his loving spirit.

Soon, it was time to meet my father-in-law.

“Glad to see you again,” my husband quipped as they shook hands.

“Haven’t seen you since the day you were born,” his father whispered.

As we stepped into the living room, a friendly-looking skeleton, dressed for the occasion in a red wig, green Hawaiian dress, and white flower lei, told me we were in for a wild ride.

“That’s Amelia Scareheart,” my father-in-law informed us before striding over to his xylophone and playing a tune. (The key to living to 94, apparently, is to keep things lively.) It wasn’t hard to see where my husband and eldest daughter got their spunk.

As my husband followed his birth father out to the garage and learned about the prize-winning antique cars he rebuilt, I stood aside, blinking back tears. There they were, father and son, separated for 53 years, chatting like they’d always known each other.

As I was introduced to my father-in-law’s numerous collections—books, fountain pens, air rifles, and antique cars—my mind turned to my husband’s stamp and coin collections and the stack of books I’m always hounding him to donate. When I learned of my father-in-law’s many adventures, from a 2,500-mile motorcycle trip with his wife through the untamed Alaskan frontier, (they carried their camping gear on the back of the bike) to his petitioning state lawmakers to declare the woolly mammoth Alaska’s state fossil, I was entranced. After all, I fell in love with his son, a guy who drove 7,000 miles cross-country with a buddy after college, staying with classmates, relatives, and virtual strangers in his quest to attend a baseball game at every major league ballpark. This is the same guy who contacted presidential historian Doris Kearns Goodwin for book advice during his mission to read a biography on every U.S. President.

Curiosity. Humor. A zest for life.

I always thought nurture to be more powerful than nature, but as my husband and father-in-law twiddled their thumbs in the same whirling mannerism and then hopped into a car to share a beer and salmon burger at a neighborhood restaurant, I wasn’t so sure.

All I’m sure of, really, is that this story is far from over. We’re back in Ohio, but I ache to spend time with our new family.

Or maybe they’re not so new after all.

Stefanie Wass is a Pitch Wars 2017 alum, a three-time Pitch Wars mentor, and a 2018 Ohio Arts Council Individual Excellence Award winner. In addition, she is a member of SCBWI, a Highlights Foundation Whole Novel and Rutgers One-on-One workshop participant, and a finalist in the 2012 National Association of Elementary School Principals Book of the Year Contest. Her personal essays have been published in the LA Times, Christian Science Monitor, Seattle Times, Cleveland Magazine, Akron Beacon Journal, This I Believe, Cup of Comfort, and 16 Chicken Soup for the Soul anthologies.