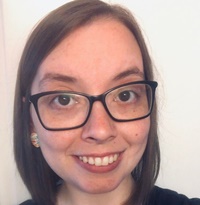 My Papaw occasionally talked about his funeral, even before we knew he’d be gone soon. I promised him I wouldn’t cry when that day came, but I broke that promise. Saying goodbye to him was one of the most difficult things I’ve ever had to do.

My Papaw was the epitome of joy. He would have done anything to make people laugh. Even when his health was failing and he knew he wouldn’t be around much longer, that joy never went away. I know he wanted us to remember him that way instead of remembering him while he was in pain.

I’ve always been one of those people who laughed at almost everything, so I always had a smile when I was around my Papaw, even when he teased me about it. “Giggle, giggle,” he would say, just to make me laugh. Sometimes I would walk into the room and he would tell me, “Don’t you start laughing now!” Even as an adult, I never got tired of it, and it never stopped making me laugh.

The day I found out he had passed away, I couldn’t smile or laugh. At that time, it didn’t seem like I ever could again, knowing he wouldn’t be the reason for it.

At his funeral, I kept looking around at everyone who loved him. Most tried to seem happy. After all, he was no longer in pain and we all knew he was ready to go. But they were hurting. By the end, all the smiles had been erased. There were only tears.

That weekend at his house, I didn’t know what to feel. The family was trying their best to celebrate my Papaw’s memory. They shared stories of him that made everyone laugh and stories that reminded us of his kindness. I tried my best to seem okay, but these stories made it worse. They just reminded me that I wouldn’t see him again.

I stood in the kitchen doorway, listening to everyone talk in the living room. I wondered what my Papaw would say to us all if he were there. I knew he’d be happy to hear how much of an impact he made on everyone who knew him, but I couldn’t help but think about how unfair it was that he could no longer be there with us anymore.

My cousin walked in, but I didn’t pay much attention to her honestly. I was afraid she would ask how I was doing, and how I would react if she did. “Hey,” she said softly, before walking over and hugging me. I’ve never been a hugger, and we’ve never been close, but it was like she knew what I needed even when I didn’t know.

I still have hard days. I sometimes feel sad when I remember that I won’t see him when I visit family. But I remember that he wouldn’t want me to be sad, but rather grateful for the years I had with him. Now I can eat waffles, watch game shows, and listen to birds chirping without feeling sad because I can’t do those things with him anymore. Instead, I’m reminded of him, and I smile.

The last thing he said to me was, “I love you.” Then he looked at my husband and playfully told him he was too skinny and that I needed to take better care of him. I think about that day often now, and I’m grateful that he made us laugh one more time before he could no longer speak.

Kristin Gunner is a new writer, but she has loved it since she was a child. She graduated college with a major in English and has pursued a writing career ever since. She currently is a freelance writer and blogger.