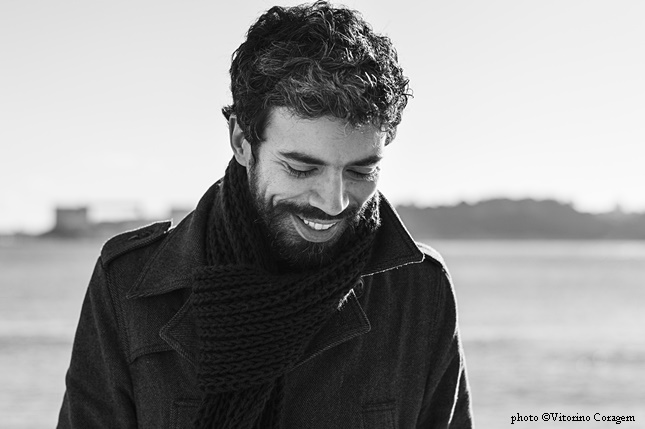 
João Tordo was born in Lisbon in 1975. He graduated Philosophy and studied Journalism and Creative Writing in London and New York. In 2001, he won the Award Jovens Criadores in the Literature category. He published the novels O Livro dos Homens sem Luz (2004); Hotel Memória (2007); As Três Vidas (2008), which received the José Saramago Literary Award and whose Brazilian edition was, in 2011, finalist of the Portugal Telecom Award; O Bom Inverno (2010), finalist of the Best Book of Narrative Fiction of the Portuguese Society of Authors and the Literary Prize Fernando Namora and whose French translation was included into the works selected for the 6th edition of the European Literary Prize; and Anatomia dos Mártires (2011), finalist of the Literary Prize Fernando Namora, among others.

His books were published in France, Italy, Brazil, Serbia and Croatia. He lives in Lisbon and works as a journalist, translator, screenwriter and instructor in the fiction writing workshops.

JT: This is my 10th novel, the third instalment of a trilogy that began in 2015 with “O Luto de Elias Gro” (Mourning Elias Gro). My books are published in several countries and languages (France, Germany, Italy, Hungary, etc), though unfortunately not in America. I am a fiction writer (novelist) who began his career in 2004. Since then I have gone through different phases, but my work is quite distinguishable in its themes and characters – the narrative voice, usually first person, is semi-autobiographical and characters tend to move in and out of different novels. The trilogy I just finished with “O Deslumbre de Cecilia Fluss” takes the reader through a world of unknown geography, where the characters deal with their personal stories of detachment, loneliness, loss and love.

JT: “O Deslumbre de Cecilia Fluss” is, as I’ve said, the third part in a trilogy. It is not a narrative trilogy – all books are independent – but rather a thematical one, where the themes crossover from one book to the next, and also the characters. The book is inspired by my own adolescence and by the buddhist fables and parables. In the book, Matias Fluss, a 14-year-old kid, is going through the pains and difficulties of being a teenager when his sister Cecilia disappears. The novel is a retelling of those years by a 50-year old Matias and the late discovery of Cecilia’s whereabouts and its consequences.

JT: I had been thinking about the book since 2015 when I began the first part of the trilogy (“O Luto de Elias Gro”). I wrote it quite fast (about six months) and then spent another six months editing it. I write pretty fast, about 2000 words a day, when I am fully committed to the book, because I spend a lot of time preparing for it when I am not writing.

ALM: You are the recipient of a prestigious literary award and on the shortlists for several other awards. Do literary awards change an author’s attitude towards his work? What do these awards mean to you?

JT: The José Saramago Literary Prize was very important because it took my work to numerous readers. Also it is a very prestigious award in Portugal and I love Saramago’s books. They don’t change the attitude towards the work, but they give you an added sense of responsibility and put some pressure on writers to excel. Good things.

JT: I write in the mornings, 9am to 15pm. Every day I try to write the same amount of words. I am very methodical with the work, only because my natural tendency is to be lazy. So having daily goals fends off lazy and procrastination.

JT: I am working on a non-fiction/fiction book about the craft of writing and a bit of family/personal history. A hybrid.

ALM: What is the best method when it comes to promoting new books?

JT: I leave promotion to the publishers, mostly, and ocasionally I use social media to promote the book just before it comes out. But I think reaching out to the public is very useful. I’ve done that extensively over the past 12 years, hundreds and hundreds of presentations in public libraries, schools, bookstores, etc, all over Portugal and other countries.

ALM: You were recently in the United States participating in several literary events. What are your impressions about US literary scene?

JT: I don’t know – I love many american writers but the only one I’ve met was Paul Auster, who I think doesn’t really belong in the literary scene. I think it must be very demanding on the author because of so much competition. But Portugal is becoming very competitive as well, so a writer must move out of his comfort zone (ie, his desk) and come out of his shell. That’s the way the scene seems to work these days.

JT: Stick to the writing. Don’t let yourself be taken away by dreams of grandiosity. You will probably fail a lot. Rewrite as many times as possible. Don’t give up if a book falters. Don’t expect too much. Don’t expect too little. Just write, and stop trying to be the best. Be honest.

JT: Don’t be in a hurry, but don’t waste your time (José Saramago)

JT: The narrative voice. It has grown and changed so much over the past 13 years – a first person voice that comes closer and closer to finding out who is truly speaking. I have also been finding out who I am through the narrator in my books.

ALM: Thank you João. Good luck with your writings.

To learn more about  João Tordo, you may visit his website    http://www.joaotordo.com
and his facebook page https://www.facebook.com/joao.tordo.1